This article has been visited 1,209 times

Growing cork oak trees, Quercus suber, for commercial purposes is a long-term project. A cork oak tree is forty years old before it produces commercially useful cork, the cork from one tree can only be harvested every nine to eleven years and it takes two years to train a cork cutter who is known as an extractor. Where to see Cork Oak Forests

Quercus suber is native to the Mediterranean region and it, or its oaky ancestors, have been growing there for 147 million years. In Andalucia, much of the native forest has disappeared over the last 7000 years, mainly due to woodland clearance to produce agricultural land, cutting for fuel for homes and to produce charcoal for the mining industry. However, in the southwestern part of Andalucia, in Cádiz and, to a lesser extent, Málaga provinces, the cork oak still survives. Los Alcornocales Natural Park is the largest and best conserved cork oak forest in Spain and one of the largest in the world. Within the forest, cattle roam freely, feeding on the acorns, fungi and undergrowth. The meat from these beasts is renowned for its flavour. Tending these animals provides more employment for the cork cutters which is just as well because the cork cutting season only lasts for two months, between the 15th June and the 15th August. Towards the coast of Cádiz, on lower land, the oak forest is replaced by a mixture of rich pasture and isolated clumps of cork oak, a landscape called dehesa, that sustains the famous Iberian pig that eats the acorns and provides fuel and cork. The dehesa is a man-made landscape nurtured since the Neolithic period.

The Economic Importance of Cork Until 2003, Portugal was the world’s leader in the production of cork but, in that year, a series of forest fires decimated the cork oak forests. Spain stepped into the lead in an industry that is worth over 2 billion euros per year. In addition to the cork, acorn oil and acorn liquor are valuable by products. At the end of its useful life, the cork oak can often live over 300 years, the wood is valuable for furniture, charcoal and firewood.

The Ecological Importance of Quercus suber

Ecologically, Quercus suber is immensely important. It absorbs huge amounts of carbon dioxide from the atmosphere, about 50 kilograms of carbon dioxide for every kilogram of cork produced. The tree shelters a large number of insects that in turn feed many species of birds, the acorns support a number of wild mammals as well as cattle and its wide canopy shelters all manner of wild life. 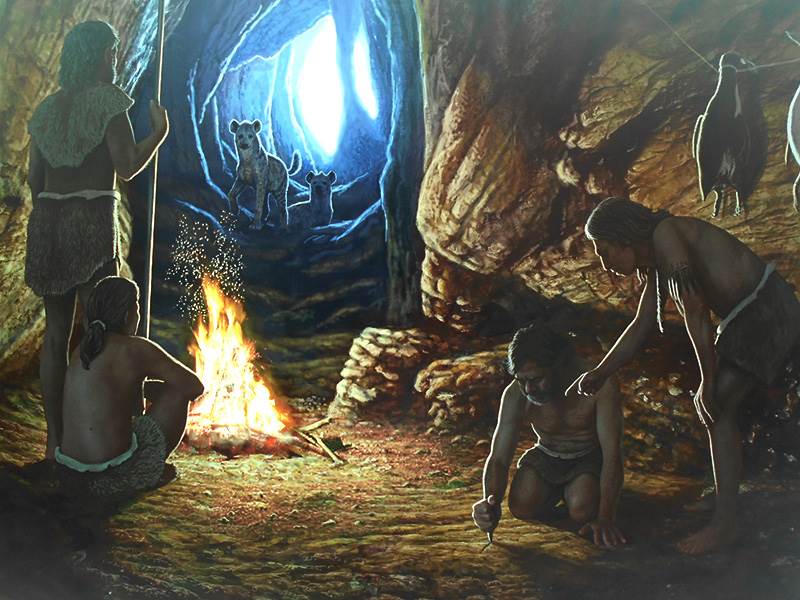 Cork through the Ages

Everybody is familiar with the stopper known as the cork, from which the tree gets its common name. It seals bottles of wine and champagne and, since at least Phoenician times, it was used as a stopper for bottles of unguents and perfumes and to seal amphora containing olive oil, wine, a fish sauce called garum and salted fish.

In more recent times it was discovered that cork is non allergenic, fire resistant, an excellent insulator, impermeable and compressible. The construction industry uses it for acoustic and thermal insulation. Cork is used in the textile industry and has even found its way into space. Cork is used in the automotive industry and to make fishing floats. Cork-based materials are frequently used in the aerospace industry both in launchers and in entry vehicles, either in the rocket boosters or in heat shields, including the heat shield of the European Space Agency's Mars entry capsule Schiaparelli.

The process starts with the cutting of the bark. Taking a ring of bark from the trunk of a tree is normally a good way to kill the tree but Quercus suber can regenerate its bark so long as the inner bark, the phloem, is undamaged. The phloem produces the new, outer bark on the tree. Knowing how far to cut into the outer bark without damaging the phloem is a matter of experience, only the more senior cutters perform this task with special long bladed axes.

A cork oak tree must be 25 years old before it is cut for the first time. The first cut produces Virgin cork that has little value. Between 9 and 11 years later, the second cut produces Secondary cork that has some value and the third cut, 9 to 11 years after the second, produces Amedia which is of good quality.

Two horizontal and parallel cuts are made round the tree and then a vertical cut connects them. The bark is peeled away to produce a sheet.

In the forest it is easy to spot the trees that have been recently cut. The pale, inner bark, soon grows a shiny mahogany red layer that stands out in the gloom and looks spectacular when the suns rays penetrate the canopy. As the years progress the red fades to the grey colour of the outer bark as it gradually thickens.

The bark is transported to the nearest road, sometimes by burro or donkey and from there to the cork factory.

The curled sheets of cork are left in the open air for six months. It is then boiled in deep vats until it is flexible and it can be pressed flat. The flat sheets are then compressed until they are thin sheets, perhaps half a centimetre thick.

At that stage it is assessed for quality and separated out, some to be made into corks, some for the building trade and so on.

How to Make a Bottle Cork

Bottle corks are assembled from up to eight layers of cork. The sheets of cork are put one on top of the other with the best cork at the bottom, where it is in contact with the wine, and at the top, where it is in contact with the air, with intermediate quality cork between. The sheets are stamped out so you have thousands of coin shaped pieces of cork, all in piles. The pile of cork coins is then compressed again. You have to look at a bottle cork through a microscope to detect the separate layers.