This article has been visited 4,535 times

On the south facing slopes of the Sierra de las Estancias, overlooking the valley of the Rio Almanzora, is the small town of Oria in Almeria province, Andalucia It is no surprise that the hills surrounding Oria have been sacred places since Neolithic times and that there were Iberian, Christian Roman-Visigothic, and Mozarabic temples still in evidence in the Middle Ages. Little now remains of the castle at Oria, or the temples for that matter. In its day it was an impressive piece of work enclosing a hamlet. On the west side, just a few metres below the castle, is a flat plateau that was once surrounded by a wall and at least one tower, and below the plateau, the roofs of the oldest part of the village. The whole probably dates from the 11th or 12th century. During the early 16th century, Oria had 80 inhabitants, mainly Moriscos. After the Morisco revolt of 1568 – 1570 they, along with the Moriscos from many villages in the area, were expelled and the villages were re-populated with Christians from other parts of Spain.

History of Oria at your feet 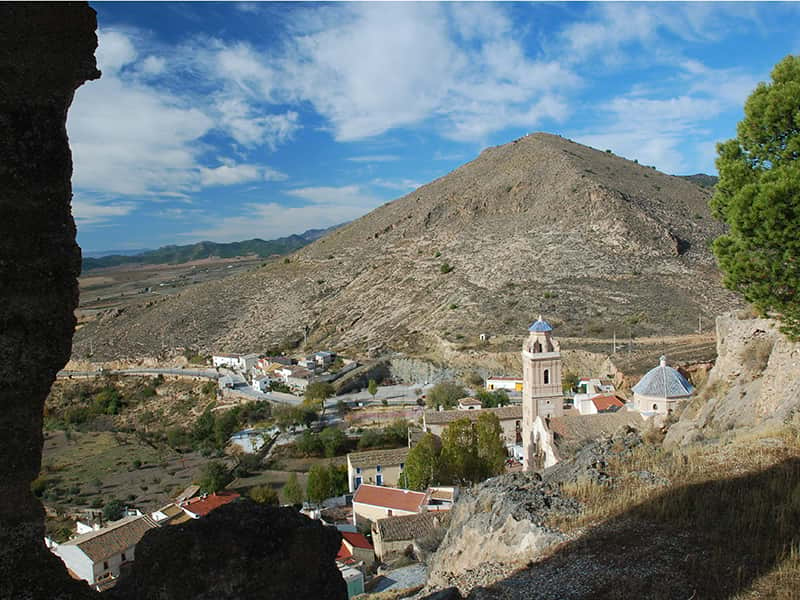 In fact, the whole history of Oria is spread beneath you from the viewing platforms that now trace the outline of the castle. From the 12th century castle walls, the roofs of the later 15th and 16th century dwellings are beneath the flat plateau to the west. These are the houses that would have been repossessed by Christians in the late 16th century. A few abandoned dwellings, now mainly ruins, and goat shelters are scattered on the south facing slopes beneath the castle with just one or two renovated, or at least still inhabited today. To the north is the town that grew after the re-population, from the 17th century onwards. 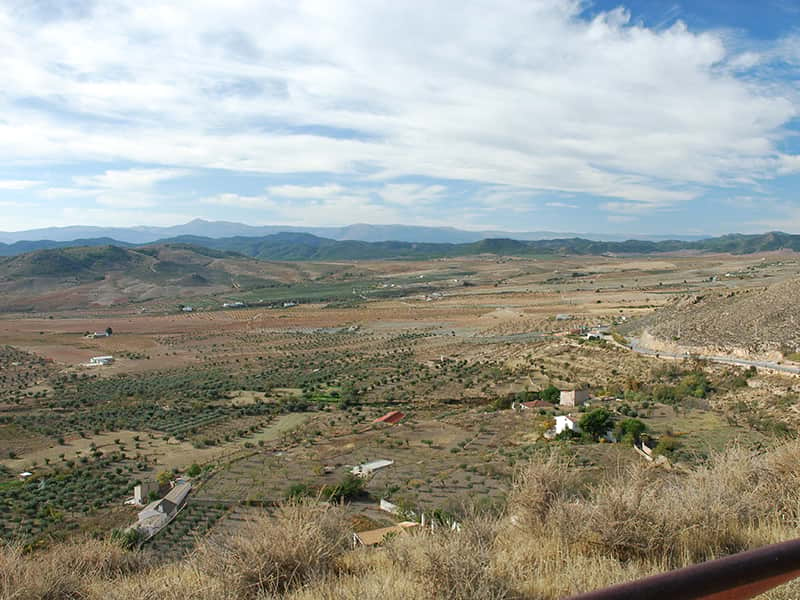 The church, the Basílica de Nuestra Señora de las Mercedes, is a magnificent Baroque style Catholic church built between 1767 and 1779. Evidence that the town was beginning to prosper. In 1810, Napoleonic troops passed through the area and destroyed all the interior decorations and burnt the alter pieces and images. In 1879, now refurbished, the church was blessed by Pope Leo XIII who bestowed upon it the title ‘Minor Basilica’, and gave the church a reliquary containing a fragment of the Lignum Crucis. This ornate casket with its piece of the true cross, is conserved in the basilica today. A Minor Basilica is a high honour. The four major basilicas surround Rome and are the personal churches of the Pope. There are only 1,814 Roman Catholic churches in the world that bear the title basilica (2018). Spreading round the foot of castle hill to the north and east, the houses become progressively more recent until, at the outer edges of the village, very modern 21st century villas start to appear. 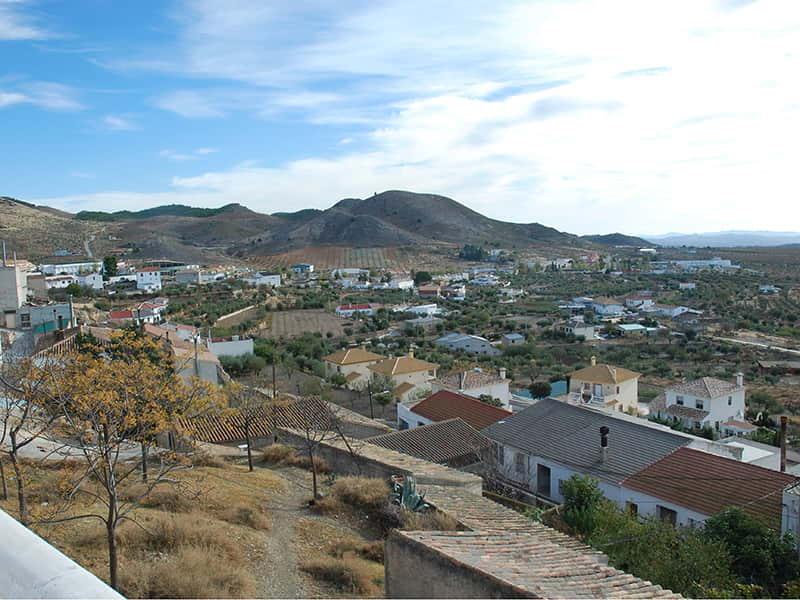 From the castle ramparts you can see the source of the town’s wealth. Fields full of cereals, olives and almonds. The almond trees are a living legacy of the Muslim occupation. The fields spread out down the Oria valley until it joins the Almanzora valley. On Sundays a lone vegetable stall sets up outside the basilica to sell this produce to the inhabitants of Oria. A few coffee shops and a couple of bars serve the population (2,400 in 2019) of this sleepy village.

Tell Us What You Think about Oria